Geto Boys Take Over Shakespeare’s Lower Level For A Night

Shakespeare’s Lower Level has become a hub for indie performing artists locally as well as nationally. Opening acts, Knights of Mayhem(K.O.M), Slim C and Ed Genesis got the crowd hyped and primed with verses of consciousness.  Performing new music as well as their signature songs set the temperature gauge on HOT.

DJ Gami on the 1’s and 2’s kicking out classic jams with new music kept the crowd on the dance floor in between acts. DJ ILLMIXX “chopped it up”

with his scratching skills during Ed Genesis set, that concluded with his latest track, “In My Hood” (With my Skittles and Ice Tea), a tribute to Trayvon Martin.

Phat Joe The Hypeman kept the showing moving and the audience engaged with dance showcases for the ladies in the crowd that wanted to get on the stage and put in some “twerking’. Physically there were definitely more fellas in the audience than women, but when it was time for the women to represent with a unified good time scream prompted by Phat Joe, the audio decibels went off the chart.

Can you imagine what a sardine feels like in a can? Hundreds of screaming fans in anticipation of hip hop artists that have entertained and educated with their music across the country. If you were at the show, you would have felt that exact sentiment. Many independent artists in the audience trying to catch the attention of the legends, to hold their glance for just a few seconds to acknowledge the respect and hustle of a icons that have made such an impact to hip hop.

Performing to a practically sold out venue, platinum hip hop artists, The Geto Boys came onto the stage individually, with Scarface entering the stage and the crowd erupting in unison with enthusiasm to his classic single, “Smile”, from his fourth album, The Untouchable  that featured the late Tupac”. Mind Playing Tricks On Me” from the their 1991 album, We Can’t Be Stopped to name a few.

Nearly everyone at the show were singing lyric for lyric to every song the legends dished out. Fans that have followed the Geto Boys from the start of their career to those that are catching up on their music created a life long night of memories to recall.

Some die hard fans brought in classic memorabilia to have signed. If you had a puzzled look on your face as to what that “small case was that was held in the air and waved back and forth by a fan rocking to the jams, well it was a cassette tape. That is how far back the love and music career of the The Geto Boys go.

Days of saying that there isn’t enough to do in Kalamazoo is over. ASAP Promotions continues to bring energy and positivity with the music acts that brings crowds of music fans young and old.

IndiMusic TV, Poised to Become the Worldwide Hub of Independent and Unsigned Music

Just a little over a year since IndiMusic TV launched in September of 2012, the music channel has rapidly

gained worldwide popularity. The online music channel (featuring a 24/7 live stream, music videos and a host of promotional tools) is becoming the go-to site for independent and unsigned artists to broadcast and promote their music and music fans looking for new music.

Founder Chris Pati and his partner Bill Zeh leading the team, the channel is aligned to become the worldwide hub of independent and unsigned music.

IndiMusic TV is currently launching a free worldwide ROKU Channel and a fresh new face to their already successful website with enhanced features and functionality.

Bill Zeh served as Vice President Logistics Group at EMI Music Plc. in London, England, where in addition to managing daily operations in 49 countries, he led the creation and deployment of the company’s divisional business strategy, and aggressive performance targets. Like Zeh, Chris Pati also has a history on the business side of the music world with an extensive background in radio, film and video. His strong entrepreneurial mentality led him to create successful entities such as Guru Project and Modern Voices Distribution, as an alternative to the Major Record Label distribution system.

Bill Zeh and Chris Pati’s passion for the music industry is what will continue to drive IndiMusic TV to success. Already, IndiMusic TV has become the #1 searched site for Indie Music Video Channel on Google.

With the release of their ROKU channel and newly renovated website to provide IndiMusic TV viewers with 24/7 music how they want it, when they want it- there is no doubt that IndiMusic TV will continue to garner an even greater worldwide presence and market share.

KalamaCrew a dance group from Kalamazoo will be hosting a 2 ON 2 Bboy Battle.

ALL Bboys ARE INVITED!! $$$500.00 CASH PRIZE. BIRTHDAY SHOUT OUT TO MAIME BUTLER from KalamaCrew!!

Can We Get A Whoop Whoop?

Whoop Whoop, calls could be heard throughout the night. Face painted Juggalos and Juggalette  listening to horror-themed rap music. Some fans adorned in traditional Juggalo culture with wearing HatchetGear and hair standing on ends.

Plenty of local acts from ST. Joe area and Kalamazoo, MI opened for legendary, ABK. Konspiracy Rekords artists, Drama AKA Treason and MacMic AKA Flie By Nature and , JCutlassKightsofMayhem of AMBITIOUS RECORDS slammed with lyrics challenging social injustices and having a good time in Kalamazoo, MI.

Atlanta native, Chris Kelly, half of the 1990s kid rap duo Kris Kross who made one of the decade’s most memorable songs

with the frenetic “Jump,” has passed away. Authorities say they are investigating his death as a possible drug overdose.

Officials from the Fulton County Medical Examiner’s office said the 34-year-old Kelly was pronounced dead around 5 p.m. Wednesday at the south campus of the Atlanta Medical Center.

Cpl. Kay Lester of the Fulton County police said “it appears it may have been a possible drug overdose.”

An official cause of death is pending an autopsy.

Kelly, known as “Mac Daddy,” and Chris Smith, known as “Daddy Mac,” were introduced to the music world in 1992 by music producer and rapper Jermaine Dupri after he discovered the pair in an Atlanta mall. The duo wore their clothes backwards as a gimmick, but they won over fans with their raps.

Their first, and by far most successful song, was “Jump.” The hit, off their multiplatinum 1992 debut album “Totally Krossed Out,” featured the two trading versus and rapping the refrain, the song’s title.

They toured with Michael Jackson, appeared on TV shows, and even had their own video game.

Earlier this year, the group performed together to celebrate the anniversary of Durpri’s label, So So Def. 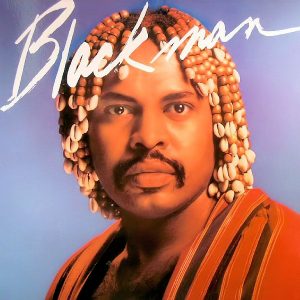 The Bronx Recognized as “Places Of Invention”

The Bronx will be recognized by the Smithsonian as a “Place of Invention” for the community’s role in developing innovative sound systems that led to the rise of hip hop. The exhibit is planned for the Smithsonian’s Lemelson Center in Washington, D.C. and the Bronx will be recognized alongside Silicon Valley, MIT and Cambridge as well as several other communities in the US.

Grand Wizzard Theodore, who invented scratching, expressed the importance of keeping the history of hip hop alive. “I think it’s really cool that they’re doing something like this. People need to know the history behind it all,” said Theodore.

Kameko creator of the musical genre he calls Evalt (Evolutionary Alternative Music)is also headlining the Evalt Music Festival at the Villa Marina on May 18. The event will showcase many live layered parts; including hip hop, electro, pop, classical, funk, rock and soul.

The New York-based Baltimore native Kameko is no stranger to the music scene. He has been writing and working with big names including Mary J. Blige, Michael Jackson, Vanessa Williams, Toni Braxton and Grace Jones.

“Tired of Being Broke” from his first debut EP, and this year is scheduled to release a full album titled, ‘Royalty’.

March of last year he was arrested for two days in Liberia, after some confusion, he was eventually charged with stirring political tension between Liberian President Ellen Johnson Sirleaf and election rival Ambassador George Weah, having been invited to country by the president to perform at the 15,000 seat ATS Stadium.

Rita Marley, widow of the reggae legend, was supposed to make an appearance although she had pulled out due to illness. Her invitation was instead sent to George Weah, and was interpreted as an expression of political support, leading to Kameko’s arrest, just two days prior to the start of his Tired of Being Broke Tour. All charges were eventually dropped the following week. 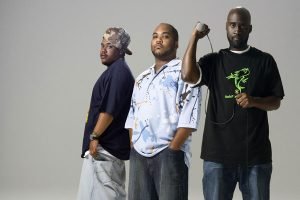 Me, myself and I and quite a few fans would be interested in new music from legendary hip hop trio, De La Soul. De La Soul have announced plans to release a new monthly series of singles leading up to their new album in nine years.

“Get Away (feat. the spirit of Wu-Tang),” in the first of the hip-hop group’s planned series of monthly single releases, through YouTube and social media. The group has decided to only release songs building momentum for their new album ’You’re Welcome.’De La Soul will join LL Cool J, Public Enemy and Ice Cube next month to kick off the summer’s national Kings of the Mic Tour. The tour will make a stop at the DTE Energy Music Theatre in Clarkston, MI, June 26, 2013.

Kings of the Mic tour dates: