“The Great Gatsby” soundtrack will be released on May 7. The Baz Luhrmann film starring Leonardo DiCaprio lands in theaters next Friday, May 10. 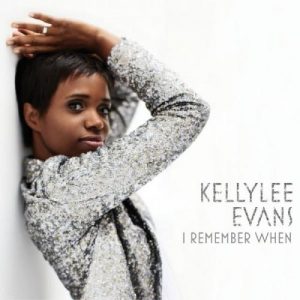 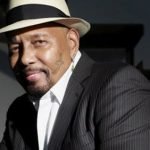 Zoellner ARts Center Sept.14 including songs from his new cd, “My True  Story”.

Featured highlights will include a performance from Matthew Morrison, a Broadway star best known for his star turn on the Fox TV show “Glee”; jazz singer Denise Donatelli, an Allentown native with two Grammy nominations, Tony and Emmy-winning actor John Lithgow in a one-man story show; “The Addams Family,“ a touring production of the hit Broadway play  and Grammy-winning jazz pianist Ramsey Lewis with quartet.

The 17th season, which will feature a mix of music of various genres — dance, theater, circus arts and more.

Tickets are on sale to subscribers. Single tickets go on sale July 17 at http://www.zoellnerartscenter.org

Kameko creator of the musical genre he calls Evalt (Evolutionary Alternative Music)is also headlining the Evalt Music Festival at the Villa Marina on May 18. The event will showcase many live layered parts; including hip hop, electro, pop, classical, funk, rock and soul.

The New York-based Baltimore native Kameko is no stranger to the music scene. He has been writing and working with big names including Mary J. Blige, Michael Jackson, Vanessa Williams, Toni Braxton and Grace Jones.

“Tired of Being Broke” from his first debut EP, and this year is scheduled to release a full album titled, ‘Royalty’.

March of last year he was arrested for two days in Liberia, after some confusion, he was eventually charged with stirring political tension between Liberian President Ellen Johnson Sirleaf and election rival Ambassador George Weah, having been invited to country by the president to perform at the 15,000 seat ATS Stadium.

Rita Marley, widow of the reggae legend, was supposed to make an appearance although she had pulled out due to illness. Her invitation was instead sent to George Weah, and was interpreted as an expression of political support, leading to Kameko’s arrest, just two days prior to the start of his Tired of Being Broke Tour. All charges were eventually dropped the following week.

What: Musicians and poets with disabilities come together as a coalition named Krip-Hop Nation, for a Bay Area Mini-Concert and to honor the late Blind Joe Capers. The concert will feature a mixture of music from Punk, Hip-Hop, Jazz, Spoken Word to Rock. A panel of speakers will explain Krip-Hop and talk about why Krip-Hop Nation is important. Musicians and poets will tell their stories about dealing with the entertainment industry underground and living in the community as an artist. A sneak preview of an upcoming documentary about the late Joe Capers aka Blind Joe who worked with Oakland CA Hip-Hop artists like MC Hammer, Tony Tone Toni and more, along with a multi-media presentation with audio interviews and a slide show of over one hundred pictures of Krip-Hop artists from around the world will round out the program. This event is about more than music. It will be an arena for advocacy, education, building cultural activism through artistic expression and coming together.
Who:
Fezo Madone – Lives Boston, MA & Sacramento, CA.USA and is a hip hop artist/activist determined to use his mic and his feet, to turn the hip hop community and the perception of his disability upside down. Jones is the President and CEO of SoulTouchin’ Experiences. His farewell offering, Vocal Tai Chi will be out soon.

Joy Elan is from Oakland and Berkeley, CA. She received her undergraduate degree in African American Studies at UC Berkeley and her graduate degree in Education at Stanford University. She is currently working with urban youth and raising her daughter in the San Francisco Bay Area and is an author of, Signs of Life: Past, Present and Future and a well-known Bay Area Black Hard of Hearing poet.

Lateef McLeod – Lateef McLeod is a phenomenal black poet with cerebral palsy who just published his first poetry book entitled A Declaration Of A Body Of Love this year. He is also in process of writing a novel tentatively called The Third Eye Is Crying. He was also a cast member of the 2007 Sins Invalid performance and the 2011 artist-in-residence Sins Invalid performance entitled Resident Alien.

Lee Williams? – Lee Williams is a disabled African American activist, artist, poet, songwriter, singer, athlete and father. Lee performed with the late Celeste White. He played Porgy in George Gershwin’s Porgy & Bess at the Black Repertory Theater in Berkeley, CA and has appeared on the big screen in, Made in American that featured Whoopie Goldberg and Ted Danson. His CD of spoken word & music, Phase V, came out in 2006. Lee Williams lives in Antioch, CA.

Enajita Pela Enajite Loicy Pela is a disabled queer woman of color musician, poet, writer and activist. She has been playing music in the bay for 8 years, and has finally landed like-minded musicians. Eni writes lyrics and composes songs through blues, jazz, and soul rock all mixed up with the facts of life as a disabled, queer, woman of color.

Vivi T – a Bay Area-based poet with POOR Magazine’s and Advocate with the Homeless Action Center in Berkeley, has been slappin’ rhymes since her early days as a recording artist in the U.K. and today, performing with POOR Magazine’s Po’ Poets Project throughout the Bay Area and beyond with what she describes her poetic style as ‘floetic’, a droppin’ n’ poppin’ poetry style, speaking on struggle and truth.

Leroy F. Moore Jr. is a Black writer, poet, hip-hopmusic lover, community activist and feminist with a physical disability. He has been sharing his perspective on identity, race & disability for the last thirteen years or so. He is also the creator of Krip-Hop Nation (Hip-Hop artists with disabilities and other disabled musicians from around the world) and produced Krip-Hop Mixtape Series. Leroy is currently writing a Krip-Hop book on musicians with disabilities from the Blues to Hip-Hop .

Farrelli, an up-and-coming hip-hop artist from the Glendale side of Queens, NY, has released his newest single, “We Goin’ Roll.” The song is a back-beat powered, modern rap track that primarily features Farrelli spitting his urban poetry over spacious, unobtrusive drum and percussion. The track grooves and rolls while Farrelli professes his perspective, and does so without any of the regrettable pretentiousness that often accompanies urban hip-hop singles of today.

This straight-up, raw and honest character of Farrelli is the product of several facets of his personality. His diverse culture triggered many challenges for him in his youth (Farrelli was adopted into an Italian NY family from his birthplace at Pusan, South Korea at the age of three months). This, combined with his love of poetry, guided his artistic direction.

“My music evolved from the poetry I used to write,” he says. Farrelli had begun writing poems in verse by the third grade with much precocious avidity. “I love poetry – but it wasn’t enough for me to be able to express my true emotions and feelings.” Naturally, he began composing hip-hop at fifteen.

The other standout quality of Farrelli’s work is the intellectuality and positive attitude he brings to the verses. He spends time fashioning each phrase into a line he feels genuinely expresses what he intends to say without being unnecessarily disrespectful to others in society. In this way he purposefully refuses to contribute to that unfortunate trend which has plagued the hip-hop community for years since the mid-90s, keeping the subculture largely out of the full-blown mainstream.

He says of the themes explored in “We Goin’ Roll:” “This song is meant to be exciting and uplifting. It is meant to be played at parties, clubs of any sort. It shows respect for girls, too, unlike most other hip-hop songs. Overall the track is a very energetic, catchy, ‘pop-like’ hip-hop song that I wrote to put people in a positive mood.”

KAMEDAH is back in the studio ready to take care of business with her record label, Chicago’s Infusion Music Group, a music management and artist development company headed by business and IMG President, Alex Griffin.

KAMEDAH released her debut single last summer, “Don’t Act Like (She is Just a Friend)” and generated lots of press landing her interviews in two Chicago ran publications.

KAMEDAH’s hit single, “Don’t Act Like (She is Just a Friend)”, is now available for purchase on iTunes, CD Baby and on her official website: kamedah.com.

k-os fifth studio album,  BLack on BLonde which is a double mixed palate— one disc of hip-hop, another of rock.

’80s superstar Corey Hart, famous for his 1983 single “Sunglasses at Night.” appears on the album as well.

Since coming on the music scene over a decade ago, Curren$y has put out yet another album to offer his fans.

Check out the free download of New Jet City.

Saudi and German Rappers Unite For A Cause

The pair hosted the latest editions of Arabs Got Talent and won the epithet of Middle East’s Hip-Hop Ambassador.

After the performances, a three day workshop involving 60 young local aspiring rappers and producers. The workshop enabled the upcoming musicians a chance to personally meet and share experiences with the musical influences such as Herre and Qusai.