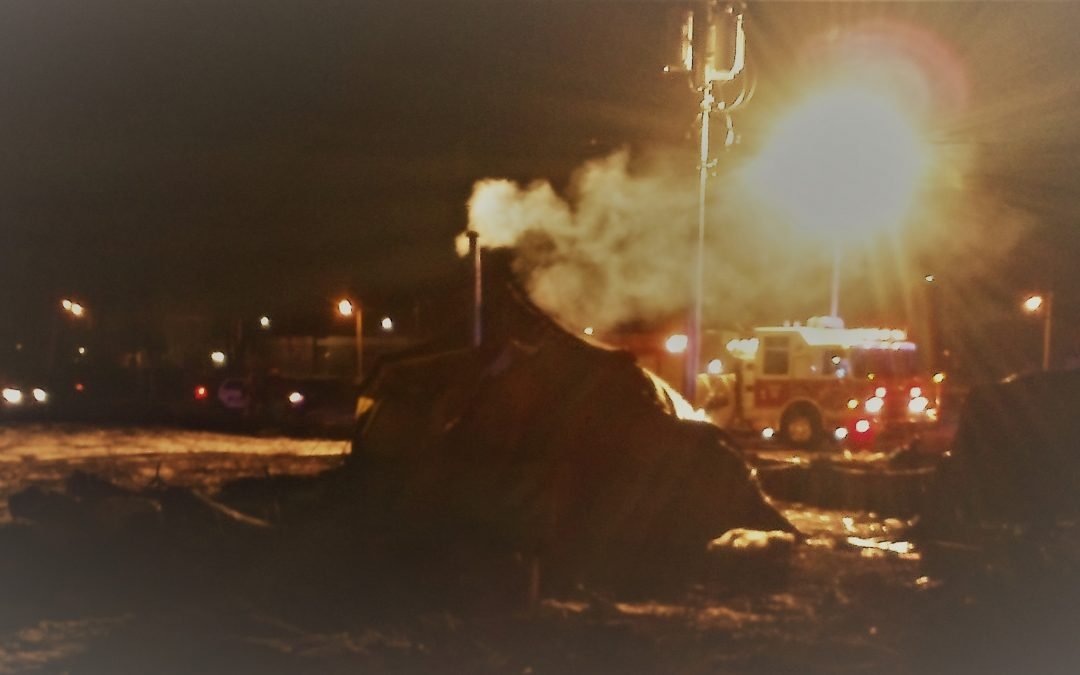 On Sunday evening at approximately 6:30 pm, a series of fiery explosions wreaked havoc at the site of Kalamazoo’s Homeless Encampment on Mills street near downtown. The Encampment, often unofficially referred to as “Tent City”, sits on a brownfield redevelopment site just east of the city’s downtown business district, and serves as de-facto “home” to 15 plus residents – some of whom were previously ejected from other locations such as Bronson Park when city leaders began cracking down on what they considered a nuisance – the presence of houseless citizens in close proximity to high rent business and residential properties. Setting up tents and other temporary shelters is more often than not a last resort for residents who have been unable to find a safe place to stay elsewhere as a result of the lack of resources afforded by the city of Kalamazoo and what many see as a failure on the part of city leadership as well as private organizations such as the Gospel Mission to adequately and humanely serve the city’s houseless citizens. 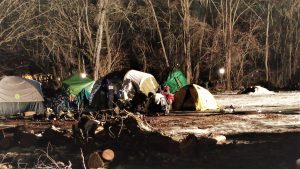 Reporting live from Tent City just after the area was declared safe, Majyck Dee spoke to residents  and others who had come to help. The cause of the destruction is still under investigation, but those on the scene say that a fire began inside of one of the tents and quickly spread, igniting several propane tanks on the site that had been donated in order to provide some heat and cooking fuel to residents during the cold winter months. Tanks that remained after the fire were removed by the city, and many are concerned that propane will no longer be allowed on the property – a chilling prospect, literally,  for this small community.

It is unclear how many people have been or will be displaced as a result of the fire, but individuals who spoke with Dee on Sunday night expressed a need for tents, sleeping bags and blankets to replace items destroyed by the flames. While fortunately no serious injuries were reported, many residents’ essential belongings were reduced to ash, or destroyed by water. The backened, soggy remains of blankets, clothing, tents, and other items dotted the encampment on Sunday night. For those that had little to begin with, the loss is great.

Those interested in donating are encouraged to reach out to local organizers who have already been working to provide basic needs to residents. Kalamazoo Coalition for the Homeless is one such group. On their facebook page, they keep an updated list of specific needs, offer guidance to those who want to help, and coordinate volunteers to collect items and deliver them to the encampment.