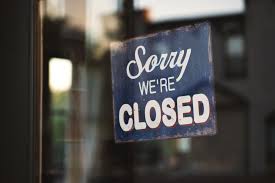 Kalamazoo Public School regular board meeting on Thursday, March 12 was shortly followed with breaking news of Gov. Gretchen Whitmer’s order. All -12 school buildings are closed for the next three week and will re-open, April 6.

Spring break for students in Kalamazoo and Portage will continue as originally planned April 6- April 10, extending the mandated closure.

Many schools including Lake Michigan Catholic Schools announced spring break will continue as scheduled from April 3 – 13. All activities and events at both buildings, including daycare programs, are suspended until further notice. Kalamazoo and Portage will stay on schedule with spring break, April 6-10.

Secretary of State Jocelyn Benson announced the immediate closure of all Secretary of State branches statewide. Offices can only be accessible by appointment and limited reasons through April 5. Walk-ins will not be accepted and doors will be locked. The Home & Garden Expo has been cancelled as well as the St. Patrick’s Day Parade kicking off March 14.

Essential services will continue for Kalamazoo County offices but with limited staff beginning March 16 through April 5.

Kalamazoo Public Library and Portage District Libraries announced the doors will be shut from March 14 to April 5.

All ‘non-essential’ meetings for the City of kalamazoo have been cancelled. Including meetings planned to seek citizen input on a proposed ordinance to stop landlords from discriminating against prospective tenants. Senior Services of Southwest Michigan offices will close starting Monday, March 16. Home care and meals on wheels will still function as normal. The Kalamazoo County Jail does not have in-person visitation, only remote visitation by video.