We The Future Social Justice Conference 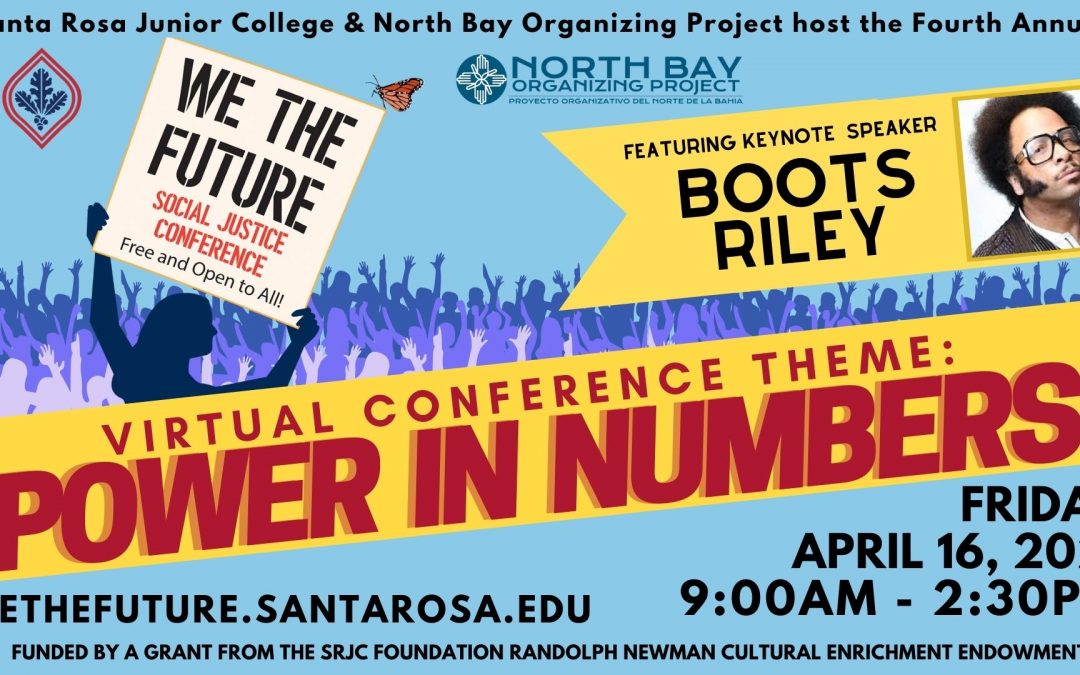 We The Future Social Justice Conference

Our theme this year is “POWER IN NUMBERS.” We're exploring forms of power, community, and organizing; diversity and coalition building; democracy and mass mobilization; counting and being counted; the role of science, statistics, aggregates and disaggregates in social justice; and tensions between individualistic and collectivist worldviews.

Our keynote speaker will be Boots Riley, who has two claims to fame: he is the lead MC for the legendary political hip-hop group The Coup and director of the 2018 film "Sorry to Bother You," a dark comedy that delivers an extraordinary critique of American capitalism and racial exploitation. He was named “one of the 10 most influential people of 2002” by Vibe magazine. More recently, he won the prestigious Independent Spirit Award in 2019 for Best First Feature.