Protesters March in Kalamazoo, Chanting, “Heck No to GMO’S” 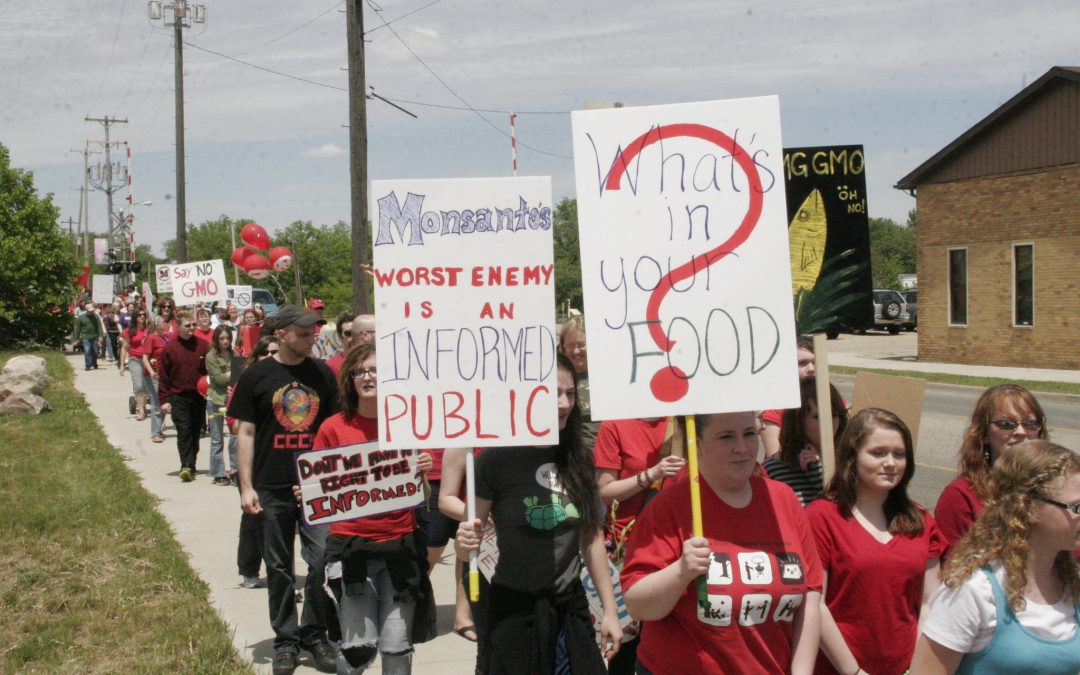 (Kalamazoo, MI)- About 300 hundred protesters met up at People’s Food Co-Op Saturday to stand in solidarity with many other rallies taking

place action the nation to demand that the FDA require labeling on all foods, especially GMO’s (genetically modified organism).

“March Against Monsanto” protests were held in 52 countries and 436 cities, including Kalamazoo, MI, where demonstrators waved signs that read “OMG! GMO FrankenFood” and “Say NO GMO’s”.

A GMO is a plant or animal that has been genetically altered to improve its ability to grow in non-native environments, resist pests, withstand extreme weather conditions, produce more food (like milk in cows),  shorter growth time for harvesting chickens and fish or show other desired traits for more food yield.

Most corn, soybean and cotton crops grown in the United States today have been genetically modified.

Tricia LeBlanc, organizer for the Kalamazoo Monsanto march spoke as well as a community farmer and community advocates about the importance of knowing what is in your food and where it comes from.