Kalamazoo, MI- Kalamazoo Public Schools’ Board of Education meeting on November 29th, 2018 was a lengthy one, well attended by members of the community and education officials who came to speak on current issues impacting our district.

The meeting began with the recognition of  Northeastern Elementary’s “Turnaround Students”, followed by committee reports given by trustees highlighting their efforts in wellness, curriculum development, and marketing and policy.

Trustee Carol McGlinn relayed information on an initiative to provide “Diverse Classroom Libraries”, sets of books that reflect  the diversity of the student population, at each grade level. Second and third grade classrooms will benefit from these sets during the current school year, while kindergarteners and first graders should have them by the beginning of the next school year. The process of choosing books for fourth and fifth grade students is underway.

McGlinn also relayed that the evaluation committee is continuing to explore the use of Panorama Education Surveys in the district to evaluate the needs of the school community.

Trustee Ken Greschak shared information from a recent meeting of  the Operations Committee, including the efforts of the district’s communications team to “build awareness of the strengths of Kalamazoo Public Schools”. A billboard campaign is underway currently, as well as an increased use of social media and Excelsior to promote this narrative. Another part of the team’s plan involves creating videos for each school building which will feature students “talking about how and why they enjoy their particular school”. Though according to Mr. Greschak, budget constraints limit what they are able to accomplish currently, there has been talk of contracting with a marketing firm to assist these efforts. “We could look at hiring a marketing firm to help inform and advise us on better activities and we may yet do that.”

As reported by Trustee Craig Herschleb, KPS’ Policy Committee has been working on updates to graduation requirements, as well bringing the district in line with a State of Michigan mandate to include policy restricting school employees from making referrals or otherwise providing assistance to students seeking an abortion. The policy requires a district to impose a financial penalty to any individual found in violation of the restriction, and return an equal amount to to the State’s School Aid Fund.

An outline of purchase recommendations was provided by Assistant Superintendent Gary Start, including a $75,000 expenditure for Lexia Learning, literacy programming offered by the Rosetta Stone Company. This purchase will be paid out of a State Early Literacy grant and Title I funds. Updates to schools’ technology resources made possible with the 2018 bond include a plan to purchase over 3,000 Chromebooks for secondary ELA and Social Studies classrooms. 2018 and 2013 Bond funds will also pay for building remodeling at El Sol and South Westnedge (Phoenix) Schools, in addition to four new computer labs at Loy Norrix.

A higher than usual number of individuals took advantage of the opportunity to address the board during Thursday’s meeting, including Rebecca Leighton, teacher at Loy Norrix High School, who has facilitated the work of a group of students to develop a Women’s Studies Course, which has been submitted to the Curriculum Department for review.  Two of the curriculum’s designers, Emma Hilgart Griff and Isaac Moss, spoke on the need for the course as a way to provide a full and accurate depiction of womens’ historic struggles and contributions to society, including those of women of color, stating that current curriculum focuses almost entirely on “white men”. Mr. Moss stated that while he and Ms. Hilgart Grif are at opposite ends of the political spectrum (referring to himself as “fairly conservative and pro-gun”), it is his passion for history that inspired him to take on the project. Fellow student Hannah Sherman also came forward to express her support. The team urges the district to consider adding the Women’s Studies to a list of Social Studies course options. Students must currently fulfill four social studies course requirements in order to graduate.

Amiri Skyes, student at Milwood Middle School, came forward to speak on her awareness of the shortage of substitute teachers in the school. “I know teachers who didn’t have time for lunch because they have to sub in for a different class during their lunch break and planning time”. She also shared a letter written by Milwood teachers and staff on the subject, which said that, “The excessive shortage of substitute teachers in the district, and specifically at Milwood Middle School, is impacting the staff and students significantly.”, adding that the district’s emphasis on Professional development during instructional hours is using up too much of a limited resource.

When Amiri’s three minute limit had expired, her Mother, Shannon Sykes Nehring, picked up where she left off. “Fundamental to building relationships and trust is time.” reading the letter, which emphasized the need for building subs that are able to build trust and rapport with students, alleviating classroom behavior problems that often arise in presence of a substitute teacher. The letter also points out how the shortage of substitutes places a higher burden on teachers, increasing their workload and stress levels – major factors in teacher retention.  At Milwood, the letter contends, there is a need for two building substitutes. They currently employ only one, and the teachers wonder in their letter if the district is doing enough to recruit for the vacant position at the school.

Amanda Miller, President of the the Kalamazoo Education Association came forward with similar concerns, saying that a lack of substitute teachers has become “an emergency” and that the problem is worsened by PD trainings scheduled during class time. Miller also reported that many teachers and staff members have come to her with concerns about increased violence in the classroom and a “degrading culture and climate” that the schools have failed to adequately address. While she agrees with the districts efforts to reduce suspensions, she says that the way to accomplish this is with “consistent consequences, targeted interventions and increased supports”, rather than simply tolerating misbehavior or sending students home.

Miller also took time to express the KEA’s gratitude to outgoing Trustee Lauren Freedman for her service and advocacy. 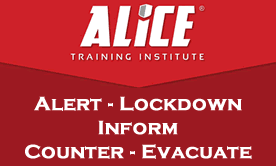 The KEA’s Vice President, Loy Norrix Teacher Jen Aniano, also spoke on a challenging school culture. She says that she appreciates that the district came through and provided A.L.I.C.E (Alert, Lockdown, Inform, Counter, and Evacuate) training when teachers expressed their concern for school safety, but more must be done to support the vast number of children suffering the effects of trauma, and the impact of toxic stress on social and emotional learning and academic progress. “The time has come to stop talking about restorative justice and trauma informed schools and make these two concepts a reality. We will not truly be safe and create nurturing environments if we do not wholeheartedly adopt these programs consistently throughout the district.” Jen said, imploring the district to develop a plan that will be ready for implementation at the start of the next school year. “The time is now”.

Following Ms. Aniano’s remarks, a father of a Kindergartener at Northeastern Elementary came to the podium. Jeremy Anderson said his daughter was subjected to the use of occupational therapy and restraint tools without his consent during a crying episode earlier in the year. This was Mr. Anderson’s second address regarding the issue, having first brought the matter to the board during the November 8th meeting. He said that as a result of school employee’s actions his daughter has been 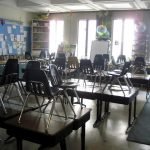 diagnosed with PTSD and he is concerned that continued contact with staff members involved is not conducive to her ability to heal from the event, and his desire is to see the teacher and behavioral specialist transferred or terminated. According to Anderson, statements from those involved indicate that the tools used on his daughter were recommended and supplied by both the teacher and the behavior specialist, yet only the aid who used them has been removed from her position. He said that he has experienced difficulty obtaining information from the district, and suspects that the outcome might be different if it had been a white child at the center of the incident. “I can guarantee I will be at every board meeting speaking until my child and family gets the justice any family deserves”. The child’s mother and grandmother also came forward to question the districts handling of the case.

Following public comment, Cindy Green, Director of Teaching and Learning Services, brought forward for review several changes and additions to the middle and high school course offerings. Too numerous to list here, a complete description of these changes can be found within the November 28 meeting packet on the Kalamazoo Public Schools website. Notably absent, however, was mention of the proposed Women’s Studies class brought forward by speakers earlier in the meeting. After Ms. Green’s presentation, Trustee Lauren Freedman expressed that she would like more information about that course in particular before the board votes on the proposed offerings at the next meeting. Trustees Greshak, McGlinn, and board President Sholler-Barber echoed her remarks.

Finally, Superintendent Dr. Michael Rice delivered an annual State of the  Schools Presentation. Titled “KPS Rising!”. Supplying district data on enrollment, graduation, academic proficiency, the report outlined Board of Education’s goals, highlighted the gains that KPS has made in recent years, and compared increases in graduation rates and standardized test scores with comparable districts across Michigan. Notable achievements include:

The report also identified “Selected Challenges for the Year”, which included a need to promote Dignity and Respect for all students, “especially those who are poor, special needs, ELLs, LGBTQ or refugees”

Following the presentation, Trustee McGlinn congratulated Dr. Rice and the district for “moving the needle”, and working collaboratively to solve problems. President Sholler-Barber echoed these remarks.

Trustee Dr. Lauren Freedman spoke up to remind everyone in attendance that “we are not moving needles, we are moving children” and that though “a lot of what we do as a district is fabulous”, she is disheartened to learn about the kindergarten student from Northeastern, who’s family came to speak earlier in the evening.  “There is a child hurting, who doesn’t want to come to school” she said, urging district to do everything in their power to support she and her family, adding that she suspects that “there are more of those five year olds out there” and thinks that race is a factor. She implored the district to do more to own up to and address racism within the district, and “call it what it is”, suggesting participation in anti-racism training as well as create policy around restorative justice and becoming trauma informed.

A full recording of the November 29 meeting can be viewed on publicmedianet.org, and full minutes will be published on the Kalamazoo Public Schools website in advance of the next board meeting, scheduled for 7:00 pm on December 20th.