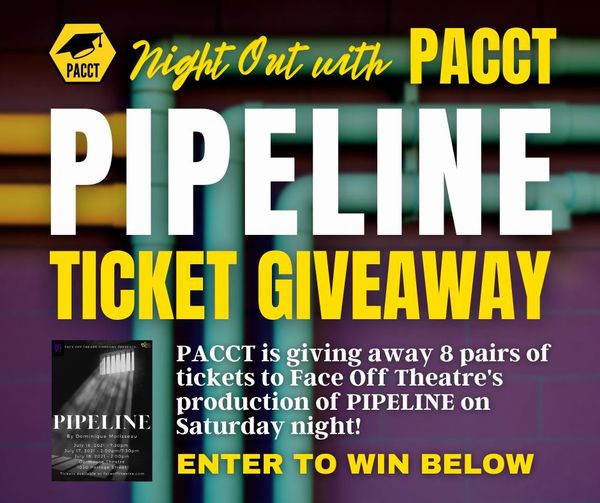 Night out with PACCT at the Theatre

Join PACCT at the Theatre!They have purchased 8 pairs of tickets to Face Off Theatre Company‘s production of PIPELINE on Saturday night (July 17th) at 7:30 pm to share with our friends and followers! Here’s how you can enter to win a pair: FIRST, “Follow” PACCT Board here on Facebook. Once you’ve done that, leave a comment here on this post with your answer to this question: How many times (approximately) this month have you heard or seen the phrase “School to Prison Pipeline”? Drawing closes at 5 pm Thursday, July 15. WINNERS WILL BE SELECTED AT RANDOM and announced here at 7 and notified via messenger to arrange to have tickets delivered.

This is awesome! Thank you for your support! For anyone wanting to know more about this show, here’s links to a blog post and to a radio interview with the show’s director and one of the leads.
BLOG POST: https://bit.ly/Pipeline-Play
RADIO INTERVIEW: https://bit.ly/WMUK-Preview-Pipeline 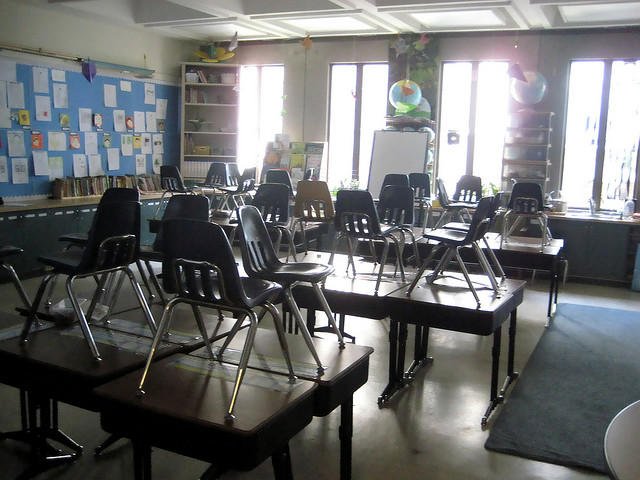 Check back for updates of each forum. 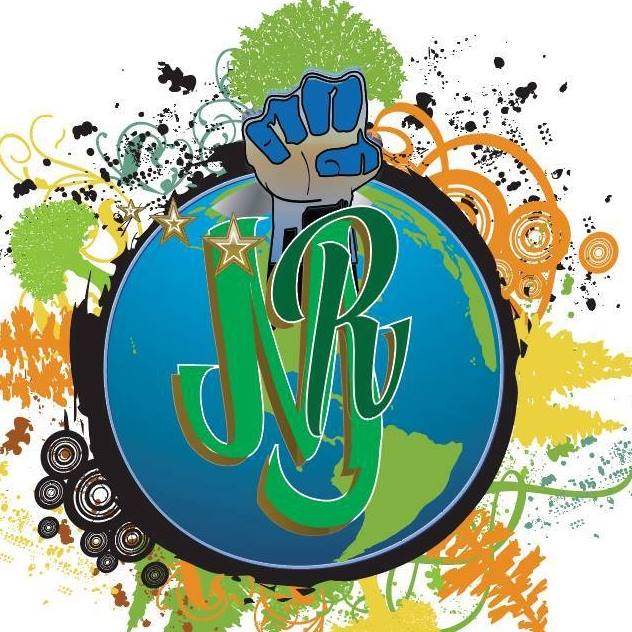 meetings. Local grassroots organizers and community advocates presented their work with the goals of connecting allies with marginalized communities in Kalamazoo County. Local community leaders, Prosecuting Attorney, Jeff Gettings, Kalamazoo County Commissioner, Julie Rogers and Sherine Miller, Kalamazoo Charter Township Treasurer, were among those present to hear from local activists and organizers. Gwendolyn Hooker, Co-Founder of JABS (Justice Against Bullying in Schools) shared that Michigan ranks number one in the nation for bullying in school. Not isolated to Kalamazoo, bullying is a huge problem for youth, especially ages, 6 to 12 years old. October is national bullying month and JABS will have announcements of their next events coming up. Dr. Strick Strickland, Interim President of the Metropolitan Branch of the NAACP, explained his involvement with the Citizen Public Safety Review and Appeal Board.  The members are appointed by Kalamazoo City Manager Jim Ritsema and serve two-year terms. The goal of the CPSRAB is to review complaints citizens have filed against the Kalamazoo Department of Public Safety and are unsatisfied with the result. If a  citizen wishes to appeal this decision, it is reviewed by Ristema with input from the review board. Lead organizer for SEE Change, Elisheva T. Johnson spoke in detail and passion, the construct of the “School to Prison Pipeline”. Racism, a social construct that is invisible, targets African-Americans and youth of color, especially males. Recent data show that K-12 students are 3.8 times as likely to receive one or more out-of-school suspensions as white students. Johnson also shared that there is a lack of transparency between the school and parents and many of youth are “medicated and separated”.

Kelli Redman, the Restorative Justice Program Manager from Gryphon Place, shared out with the group, a presentation outlining the services that some KPS buildings have access too. Outreach to all KPS buildings is a discussion that is in the works. Amanda Miller, current KEA President shared insight on whats called a “bargaining crisis”. Negotiations stalled for KPS teachers and KPS Board on step raises and transparency. KPS teachers are asking for smaller class sizes and a proposed letter of agreement. Miller also urged members of the community to run for school board as two seats will be available December 2018. Ed Genesis, Rapper and community organizer shared first hand his experience going through the “school to prison pipeline” and his transformation and success story. The meeting concluded with a Know Your Rights Panel, consisting of SEE Change advocates answered questions from the audience. SEE Change is planning to Know Your Rights Workshop for parents, caregivers, and students, who wish to have additional support navigating through the educational system. 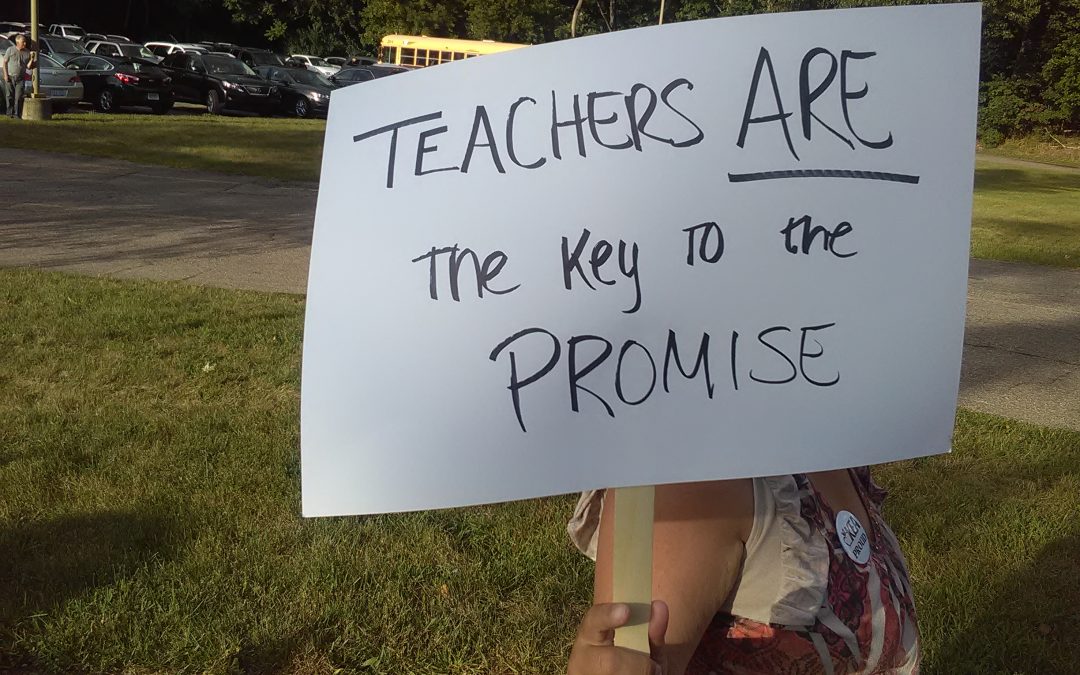 Kalamazoo, MI- Prior to the start of the regularly scheduled Kalamazoo School Board, dozens of teachers, 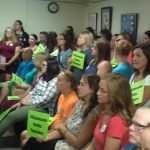 parents and community members were seen holding signs protesting outside the administration building. Standing room only, recognizing area students for their athletic achievements. The meeting’s priority for many in attendance, t step raises for teachers after one year of service. KEA, President, Amanda Miller states, “the other way teachers receive compensation increases are when we bargain an increase on the step schedule. The money budgeted doesn’t even get us to the step that teachers earn for last year’s service”.

A very emotionally charged meeting, parents and former KPS students shared their experiences of support from a  KPS teacher that “took that extra time” or provide resources to them that they were not able to get on their own at the time. Teachers current and retired shared emotionally charged stories as well. Students that were able to move past a barrier or challenge in their lives and contributing part success to the dedication of KPS teachers.

George White,  Lead parent advocate for SEE Change a local group from Kalamazoo, states, “It appears there was an agreement in principle to a 2.2 percent step increase for teachers this coming school semester.  Recruiting and retaining quality teachers depends on stability/dependability of employment and step increases after their first year to assure that teachers feel valued and are able to support their families”.

White has met with many KPS parents and working with them to “navigate” through the “chain of commands”. In addition, White adds, “80 new teachers last year aided by a very high turnover ratio in Kalamazoo Public Schools.  Kalamazoo Public Schools enrollment is thriving/growing over the last 10 years and students received an increase in per pupil funding this school year.  It is no secret the school board has never met with teachers and this action serves to even deepen the rift. Our pupils deserve a school board that visits the schools and talks to the students/teachers and places the value where it belongs”.

The next KPS school board is scheduled for August 31, 2017, at 7 pm. The administration building is located 1220 Howard Street. 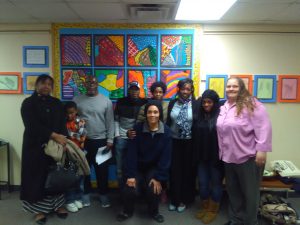 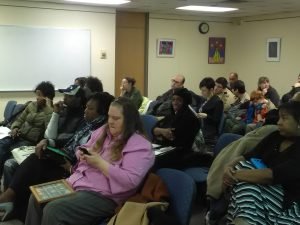 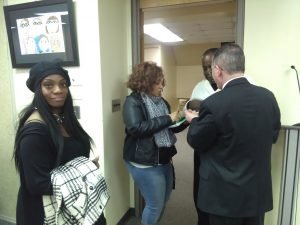