Help The Murray Family Give Back To Those In Need

This past summer was an saddening eye opener to Majyck Radio, to personally witness families put in situations of having their homes foreclosed on, especially when they did what they were supposed to do according to their lenders and the law. Unfortunately, the banking system appears to write and rewrite their own laws, forcing families out of there homes.

This is true for the Murray Family and thousands more across the country. Majyck Radio,

Occupy Our Homes, Occupy Kalamazoo, Moritorium-michigan-now.org and concerned citizens stood shoulder to shoulder with the Murray’s and witnessed the local sheriffs department lock them out of there home with no where to go.

Resilient as the Murray’s are, they continue to fight the bank for their home, while unselfishly helping those that are without housing. Please support them, buy and download music created by the talented Matt Murray.

Kalamazoo- Matthew and Beverly Murray and their two girls were the victims of a wrongful and illegal eviction in May 2013. With the help of Occupy Our Homes, they fought valiantly. But in the end, there was simply not enough manpower in their area to hold off the Sheriff. Sadly, they were removed from their home by Bank Of America’s thugs and with the help of the sheriff’s department.

Matthew has said in many of his interviews, “for everyone of us they evict, they’ve created an activist!” This has certainly been true of the Murray family, who have spoken at many protest and in fact have produced numerous videos exposing the bank fraud and abuse committed against the homeowners in America.

The Murrays have said, they can never again pass a person by without trying to help in some way. It’s become a passion – a mission to help those who have lost their homes.

Before they were evicted Matthew had produced an instrumental Christmas album for WingSpan Records/White Horse Entertainment called:

The Spirit Of Christmas Past

The Murray’s have committed to give back a portion of this album’s proceeds to Occupy Our Homes and the National Coalition For The Homeless, as well as several other regional and logal outreaches. To download your album and help others this Christmas, please go to:  http://www.matthewwaynemurray.com

Stand in SOLIDARITY with the Murray Family of Coldwater, MI

Please help keep the Murray’s in their hotel. They were illegally evicted by Bank of America on May 14, 2013. The Murray’s have until May 31, 2013 and will face eviction once again if resources aren’t available to pay for room.

The family does not have any income coming in at the moment, but able to work if they have a stable enough home so Matt can connect some of his studio to do voiceover work. He is an artist with a gift. He can’t utilize his talent if his studio is in storage and the family is worried about where they will stay or their next meal.

The Murray’s have not given up the fight for their home. Thank you for you support and concern.

MURRAY FAMLY ILLEGALLY EVICTED FROM THEIR HOME BY BOA ON MAY 14, 2013

Demand they stop their corrupt practices and return the Murrays to their home. The Murrays’ loan number is 023732976.

You may also email Bank of America President Brian T. Moynihan at: Brian.t.moynihan@bankofamerica.com or fax them at: 1-866-603-4755

The banks expect the hoopla to die down after the eviction. It usually does because people lose interest! But if we’re to STOP the victimization of borrowers by Bank Of America, we must continue to make our voices heard LOUDER after the eviction than before, until justice is served.

THIS BEHAVIOR IS RAMPANT ACROSS AMERICA!! DON’T LET BANK OF AMERICA WIN! Help the Murrays by copying and pasting this announcement and pass it along to all your email, FB and twitter friends and request that they do the same. IT’S TIME FOR PEOPLE TO STAND UP AND FIGHT BACK!! It is up to YOU –(people who care) to make a difference for this family and others in their situation.

KEEP THE PRESSURE ON BOA!!

Demand that the eviction be stopped and that Bank of America modify  the loan by reducing the principal to current market value.  Refer to the Murray’s loan number: 023732976.

Things you can do to take direct action in support of the Murray Family: 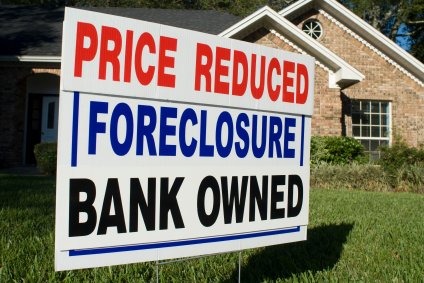