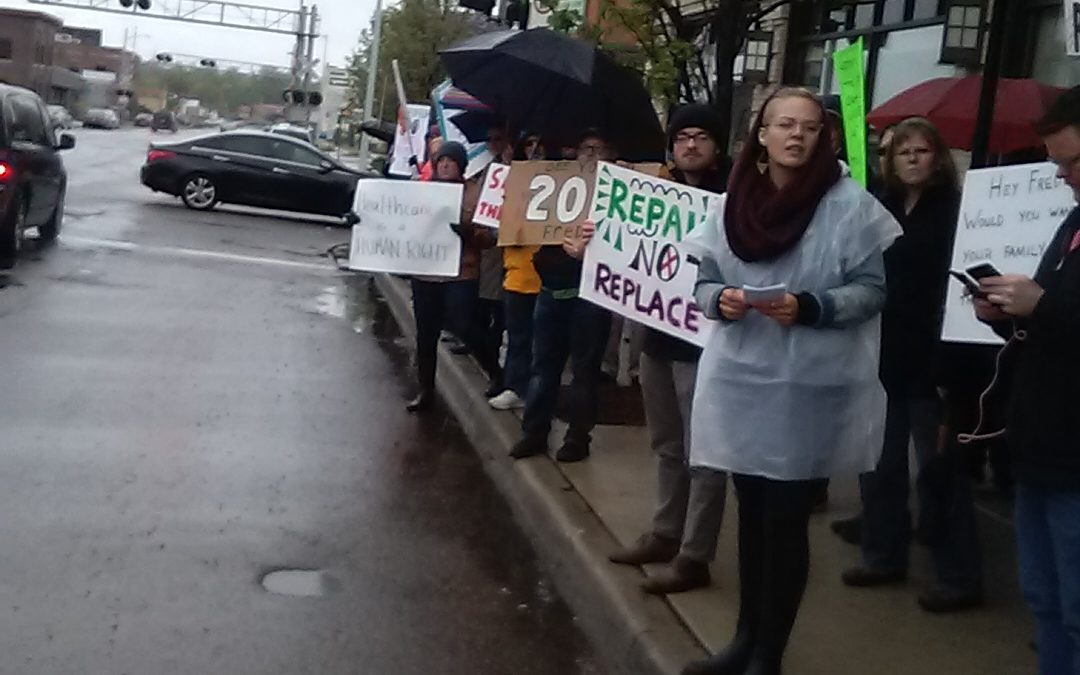 Protestors in Kalamazoo Rally for Health Care for All

Kalamazoo, Michigan – The Upton-Long Amendment will not address the major shortfalls of the Republican Plan to repeal the ACA. The latest plan still takes away health care from 24 million people while giving $600 billion in tax breaks to the wealthiest.

High-risk pools do not work to provide quality care for people with pre-existing conditions. Even so, $8 billion falls far short of what is needed to make high-risk pools minimally sustainable. The $8 billion reported increases represents a 6 percent increase in the $130 billion the bill already included for grants to states, funding states could use for high-risk pools. But experts have concluded that – even if all $130 billion were used for high-risk pools – that would still leave these pools underfunded by at least $200 billion (other experts have arrived at much higher estimates). Over 10 years, the $8 billion increase would be insufficient to fill the funding shortfall for Michigan, Missouri, Colorado, much less nationwide.

Rep. Upton came out as a “NO” on the repeal plan on Tuesday, but since cutting a deal with President Trump, he has returned to supporting a bill that will kick 24 million people off of their health care.

Learn more about the Michigan People’s Campaign at our website: www.michiganpeoplescampaign.org