The concert is the Nightmares of the Night edition of the series, and there will be a breakdance battle and a cash prize for best old school costume. 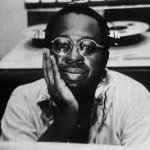