Kalamazoo, MI-  Emergent Justice Organizers, created a virtual statewide space for Black and Brown community members to collectively reflect and next steps for systemic change, starting in our own backyards.

Additional information about Emergent Justice or how to get involved! visit their website at www.emjustice.org 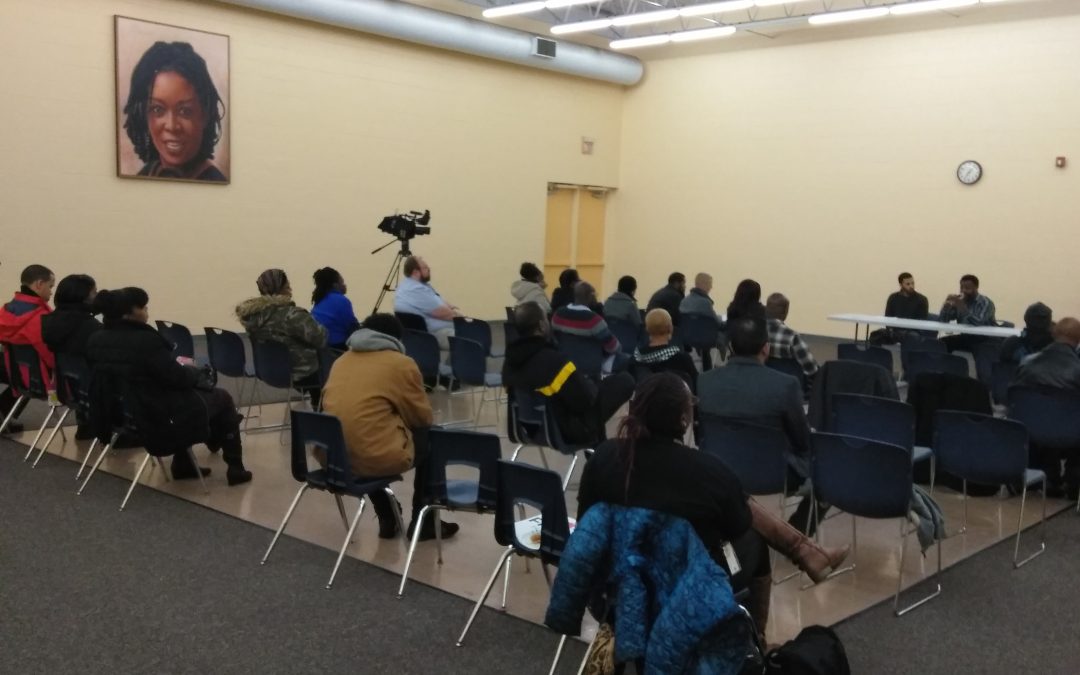 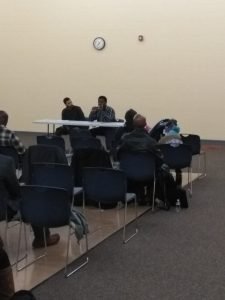 A town hall event Wednesday evening at the Douglass Community Center offered a chance for local residents discuss concerns about child safety in the wake of the tragic murder of a Grand Rapids teen, an attempted child abduction in Kalamazoo, and scandal relating to a violent incident at Kalamazoo Central. Co-hosted by Jermaine Jackson, the Circulation Director at the Alma Powell Branch of the Kalamazoo Public Library Antiracism Transformation Team member, and Jacob Pinney-Johnson of Kalamazoo’s 4Dad Fatherhood Initiative. The event was well attended by parents, caregivers, community leaders and other residents eager to discuss concrete ways to support and protect the city’s kids.

Mr. Jackson spoke of the recent abduction of a 4-year old girl in Kalamazoo was thwarted as a result of an adult intervention. Jermaine expressed his hope that the would-be tragedy will serve as a wake-up call for adults who too often feel that they should “mind their own business” when they have a feeling something isn’t right. He also stressed the need for parents to have frank conversations with their children about how to stay safe away from home, and about what to do if they find themselves in a dangerous situation.

Pinney-Johnson, Community Educator and advocate adding that the important role men and fathers play in safeguarding the lives of young people should not be overlooked.

Elisheva T. Johnson, Community Organizer with Michigan United’s S.E.E. Change, a campaign focused on educational advocacy and the School to Prison Pipeline, expressed her support for the teacher who was harmed

in an attack by a student at Kalamazoo Central High School, as well as her deep concern for the minor child who was arrested the same day.

While he should be held accountable, Ms. Johnson said, his actions indicate a possible history of trauma and deep social and emotional struggles that will only be worsened by involvement in the criminal justice system. She urged the community to advocate for Restorative Justice measures in the prosecutor’s handling of the case, and called for the implementation of supportive, proactive policies at Kalamazoo’s schools, in line with Restorative Practices, to address the needs of vulnerable children and prevent future crises.

Many in attendance eagerly shared concerns and offered creative ideas for increased supervision and involvement in the development and safekeeping of neighborhood kids. Suggestions ranged from establishing specific homes as “safe houses” for children to go in case of an emergency to organizing “bus stop ministries”, whereby volunteers keep a watch over kids as they wait for their school bus.

Local organizer Ed Genesis announced a plan of action, modeled after the Black Panther’s Block Patrols of the 1960’s. The collaboration between S.E.E. Change and WE ACTIVE, a campaign focused on decarceration and criminal justice reform, is designed as block-by-block, a street-level initiative involving committed volunteers who will work in shifts around the clock to actively patrol and safeguard their streets.

Anyone wishing to get involved should contact the organizers via email: ed@miunited.org or elisheva@miunited.org.

While Wednesday’s agenda revolved around safety and neighborhood collaboration, an unexpected announcement of Jermaine Jackson’s candidacy for a seat on the Kalamazoo Public School Board drew 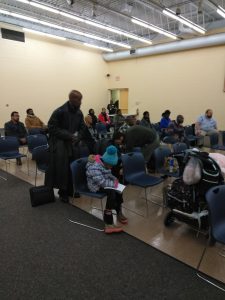 enthusiastic applause. Mr. Jackson’s long record of youth and community involvement, as well as his enthusiasm for literature and education, will likely make him a popular choice for voters in November.

Discussions WIth 4Dad is held every Wednesday from 6:00 to 7:30 at the Douglass Community Center, and is open to men and fathers of all ages and experiences. For more information on other events and services offered by Kalamazoo County’s 4Dad Fatherhood Initiative, Mr. Johnson can be reached via email at dsmill@kalcounty.com.

Upcoming events at the Douglass Community Center can be found online at dcakalamazoo.com